As with most of the rest of this site, this content courtesy Agata Urbaniak, whose tireless documentation of Brighton music continues apace on her Flickr page. Some absolutely gorgeous photos there, let me tell you. 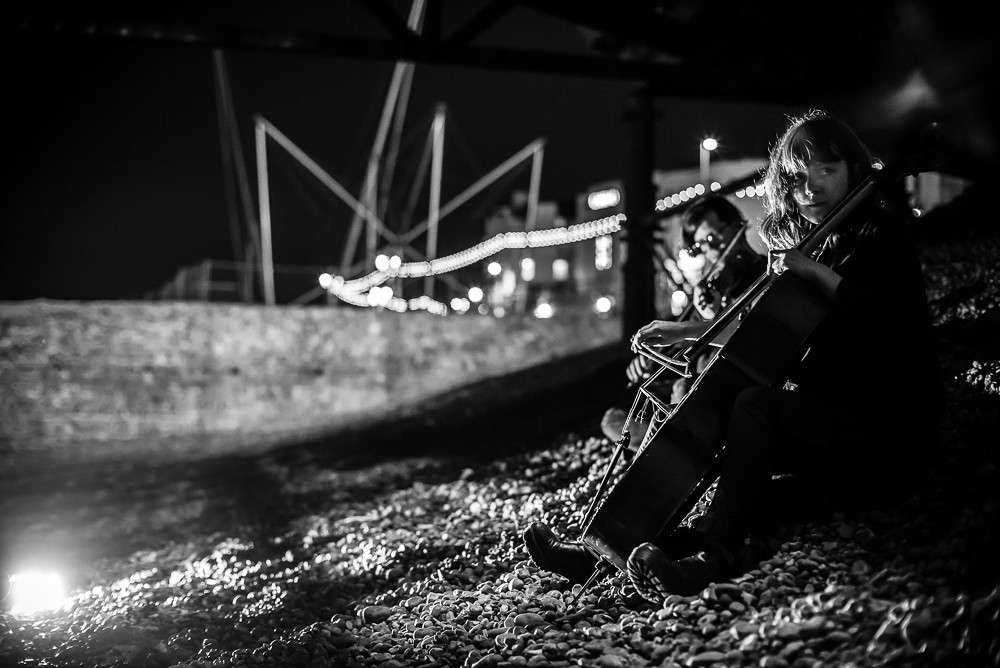 Ecka Mordecai and myself playing under Brighton pier as part of a piece for Dann Hignell's PhD piece. Ecka's one of my more frequent collaborators and it makes me sad that she's up in Manchester rather than in Brighton. However, she seems to be going great guns up there so I should probably keep my moaning to myself. 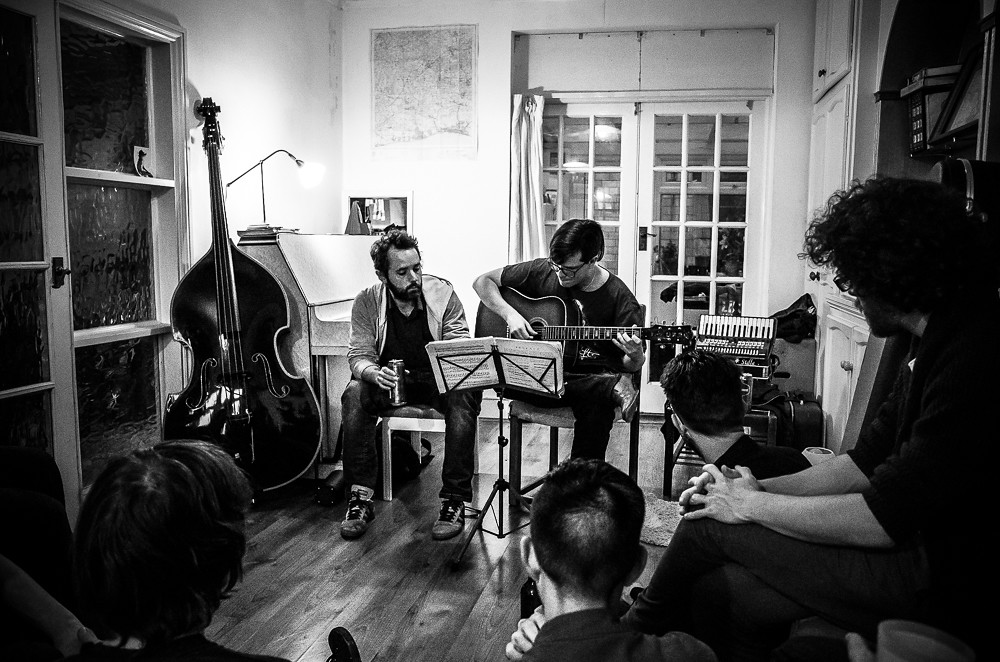 This is a photo of me in Timothy Thornton's then front room; this was an evening of music by either Ivor Cutler or JS Bach. I played a version of JS Bach's Chaconne for solo violin, arranged for solo guitar. Should you not be familiar with the piece, here's Hilary Hahn's version - though in all honesty, most versions are worth listening to. Oistrakh and Heifetz's perhaps being my favourites. 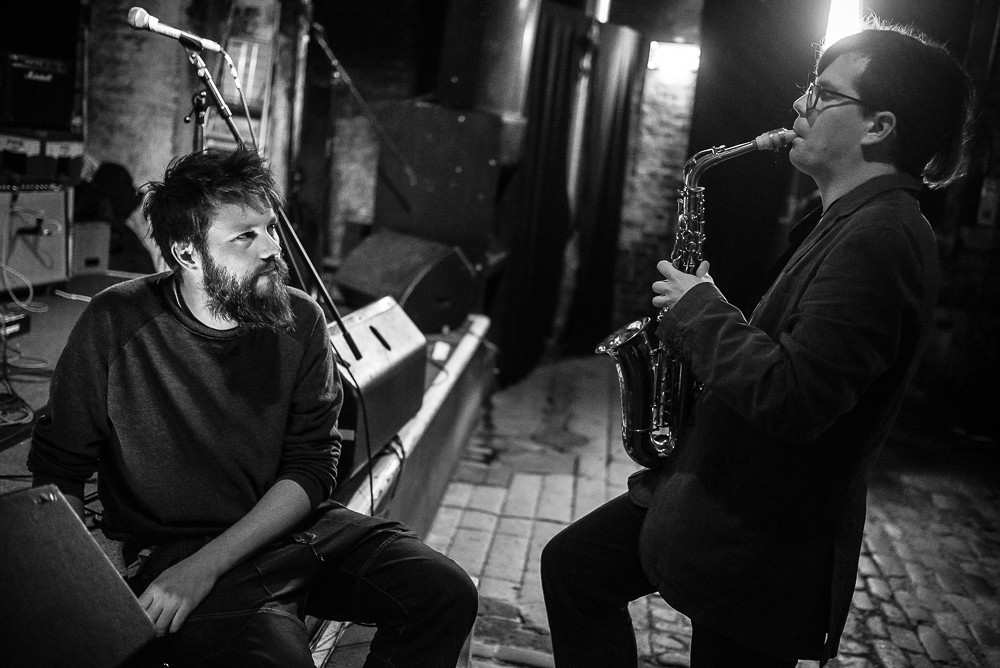 Me playing sax for a piece by Barnabas Yianni. He's someone I've worked with a lot over the years, possibly more than anyone else. He's a great composer and someone with some genuinely unusual ideas and plays in a range of settings - we've done murder mystery soundtracks, played in a toilet together, proper compositional stuff, otiose noises... 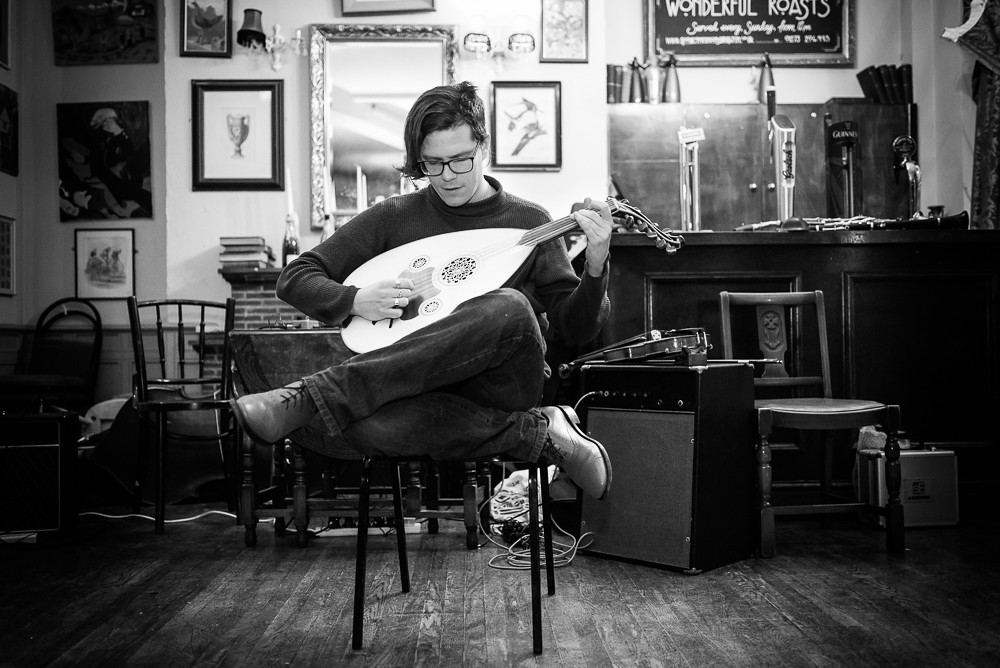 Me playing oud at Safehouse, I think supporting Tony Bevan. I was still struggling to come to terms with the instrument at this point. I probably still am. It's quite difficult to figure out where to position myself - I pick up on bits of 'orthodox' playing but ultimately I'm winging it. 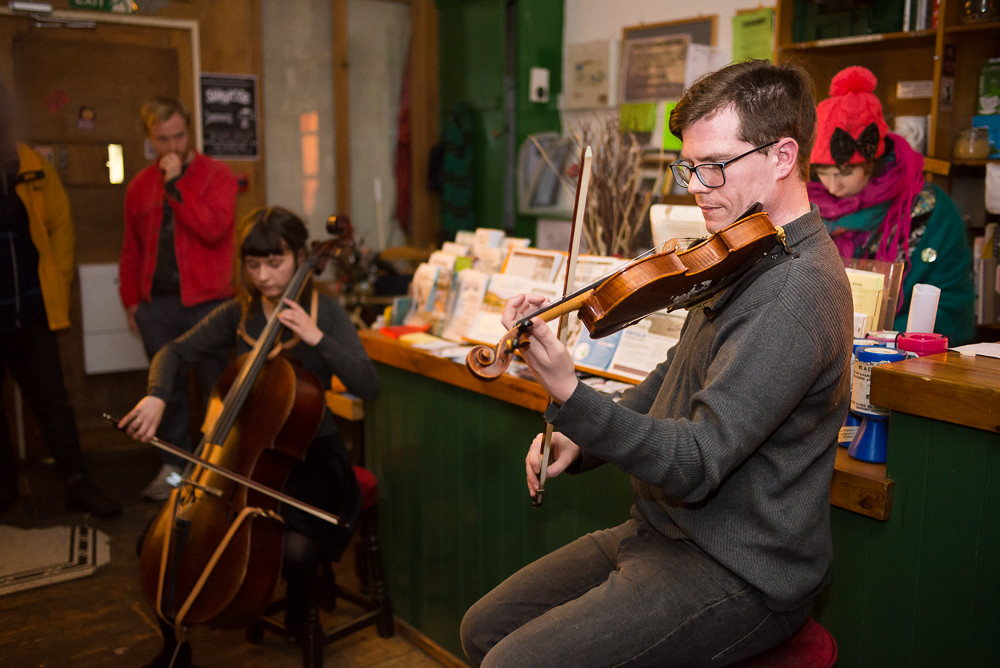 Myself and Ecka Mordecai again. This was a gig at Brighton's Cowley Club. A frequent problem of this venue is that there's a door with a bell which lets people into the venue, which can be pretty distracting for acoustic instruments. So we positioned ourselves right by the door and would play really quietly every time the bell rang, and would turn and scowl at whoever was coming in. Cruel AND fun. 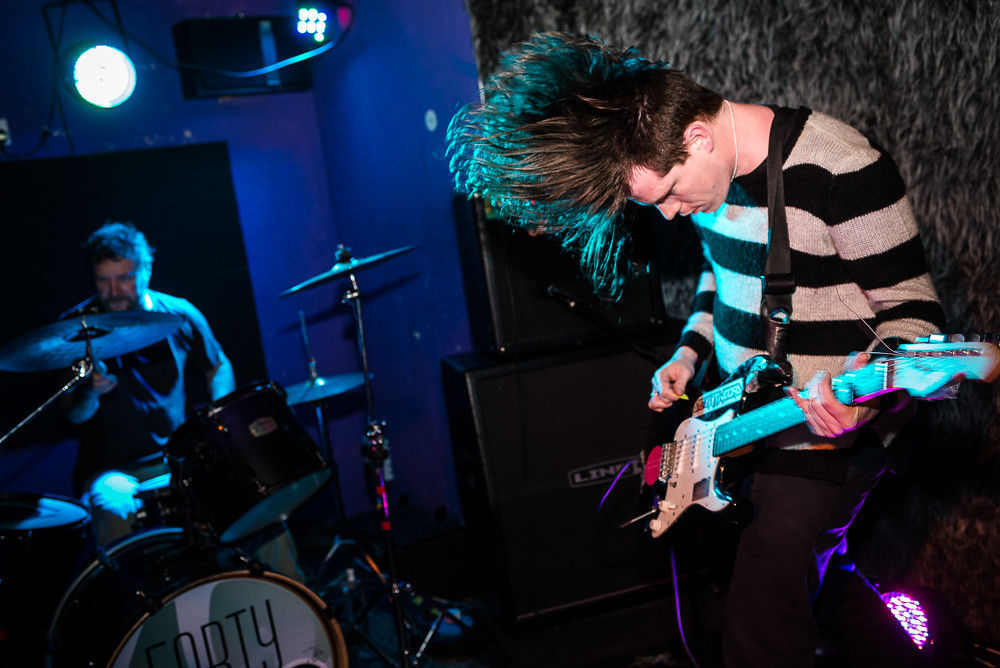 Me preening about in ø [null], a sort-of doom band with the aforementioned Barnabas Yianni and Graham Newbury of Club Zygotic and Lost Property. The venue was Bar 42, Worthing - who do a fine job of putting on weird-er stuff in a town that doesn't get a lot of it. This band was particularly fun for the aforementioned preening and also because I don't think any of us have ever listened to more than one doom record between us. Probably closer to no-wave than orthodox metal, hopefully. 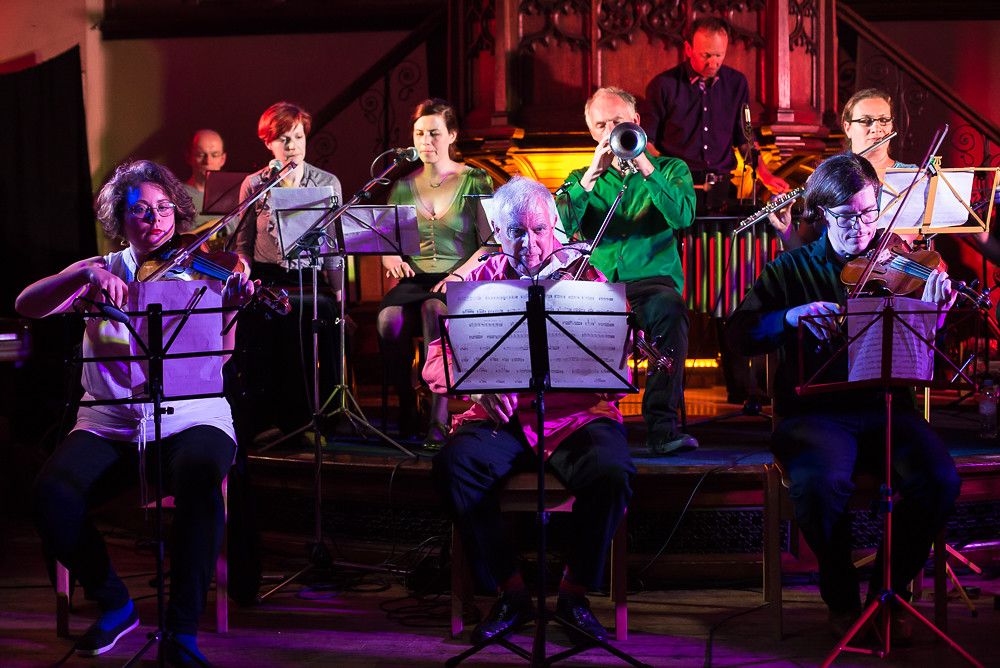 Playing violin in Terry Riley's in C, a piece of which I'm sure you're well aware of. This was another Lost Property show and is available to watch on youtube. 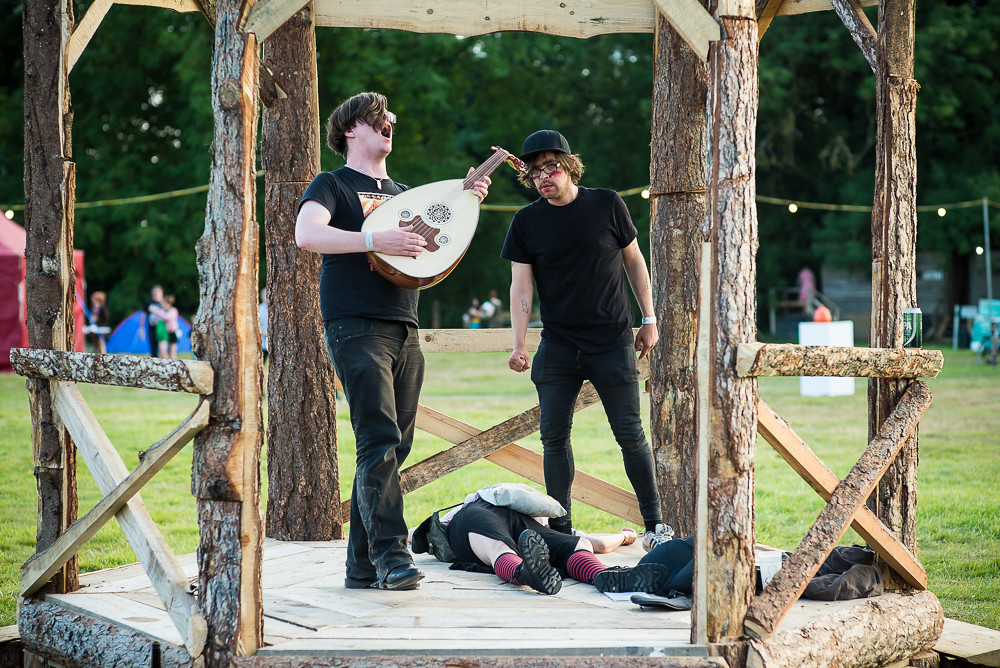 Myself and Matt Loveridge (Fairhorns, MXLX, Knife Party etc) at Supernormal festival a couple of years ago. This involved us singing and such and the corpse-like thing in the middle is Sharen AKA Gardyloo SPeW. I was fairly heavily involved in Supernormal for a few years, helping with the booking and other such sundries. A good time, albeit one that caused early Augusts to consist of very little sleep.